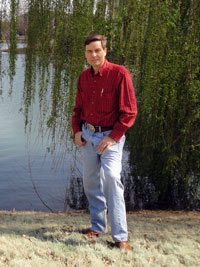 What could this one man possibly have to say to former communist guerrillas in the jungles of Guatemala? And why would some of them name him as their greatest ally in transforming their villages after 30 years of civil war?

Why would pastors, just weeks after hurricanes Katrina and Rita, come to hear him speak? Why have a few corporate CEO’s called him for business advice, or asked him to perform their wedding ceremony?

Why would this city slicker be sought after to connect hundreds of cowboys and ranchers in Central America, with their counterparts in the U.S.?

What would music legends like Garth Brooks or Randy Travis want to know from this man, and why would they answer his call?

How is this unassuming person connected with Super Bowl coach Jimmy Johnson and National Championship basketball coach Bill Self?

And why would this man spend months of each year with forgotten people in remote locations no one has ever heard of?

As a cross cultural catalyst who ventures into wild places, Steve is sometimes looked on as an “Indiana Jones” kind of church planter. For over 20 years, Steve has traveled the globe helping people start innovative churches and ministries that reach people who have been overlooked, marginalized, or forgotten.

Whether riding the range with cowboys, or hiking through dense jungles with Kekchi Indians, or lacing up his leathers for a business lunch, Steve has an uncanny ability to make people feel at ease, listen to their deepest desires, and offer counsel that gets to the heart of the issue.

Steve is an internationally known speaker and author. His book, Transformed by Tough Times, is fast becoming a “must read” for those who have hit rougher waters in recent days. The book is also available under the Spanish title, Transformado por el Sufrimiento.

Steve is available to be interviewed by radio, TV, and print media for articles and reports. He particularly enjoys his partnership with radio stations in several remote areas of Guatemala – broadcasting to people who don’t even have electricity!

Steve’s parents were missionaries when he was a child, and when they returned to the United States during his high school years, Steve used his soccer playing skills to become a sought after field goal kicker and punter.

Because of the reputation and persuasiveness of Jimmy Johnson, Steve decided to walk on to the football program at Oklahoma State University. However, in 1981, during a junior varsity football game in Lincoln, Nebraska, Steve got his knee bent backwards in a freakish collision with several Nebraska Cornhuskers, and thus began what has become a life-long quest for understanding how men and women bounce back from adversity.

Through his adult years, Steve has weathered many difficult circumstances ranging from the loss of loved ones, caring for chronically ill family members, betrayal from close ministry friends, and navigating through ticklish situations in narco trafficking territories. Yet, those who know Steve best have seen him flourish the most during his most difficult days.

Steve believes that we should not seek to be transformed in spite of our circumstances, but because of them. And his life is a shining example of how this can be possible. Much of Steve’s story and life wisdom can be found in his new book, Transformed by Tough Times.

In spite of the enormous effort Steve puts into his books and materials, he is more than just an author or missionary. To Steve, it doesn’t matter who you are, or how big your organization is. He is as comfortable in one-on-one dialogue and coaching sessions as he is speaking before thousands. He loves tailoring his material to any sized group whether large or small. While he does the bulk of his speaking in churches and non-profits, he feels comfortable relating to corporations, associations, and civic groups.

According to those who have witnessed what he does on stage, there are three things that differentiate Steve from other speakers.

Steve lives in Overland Park, Kansas, with his wife, Nola, and their two dogs. They have three adult sons, two beloved daughter-in-laws, and one grandson.